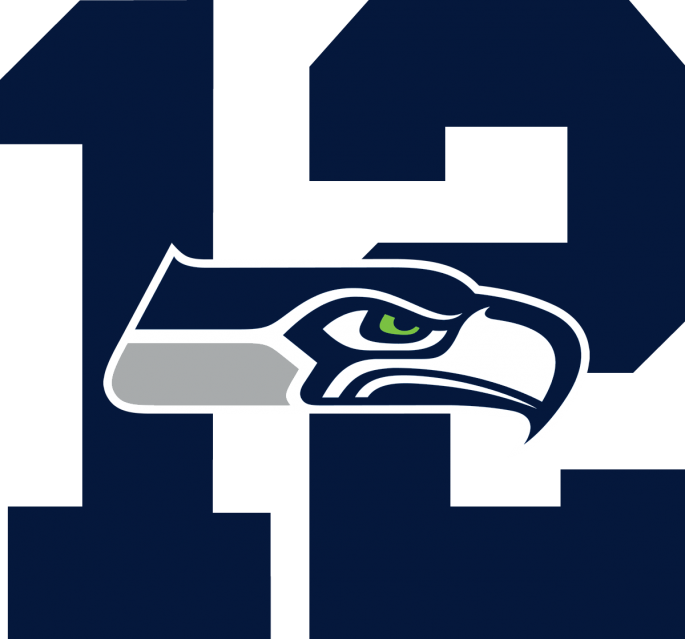 I have a confession to make:  I don't like football.  I will probably be the only sentient being in the state of Washington not watching the Seahawks playoff game this weekend.  I do not own a jersey, I have not invested in any face paint, I could not name a single player on the team.

Don't get me wrong, I think it's great that a local team is doing well and I see why everyone's gone all 12th Man, but I just don't get football. It's quite possible that it's a birth defect as the rest of my family are all fans:  my brothers who played in high school, my mother and sister, even my father in the nursing home who sometimes doesn't even know his own name.  I've tried watching.  I sat and looked at the TV screen and tried to connect everyone's cheers or jeers to what just happened on the field.  It's clear, however, that I lack the enzyme/chromosome/gene that can distinguish a tight end from a safety, or even care what a first down is. (I just had to Google "football terminology" to get that much--didn't bother to read the definitions.) 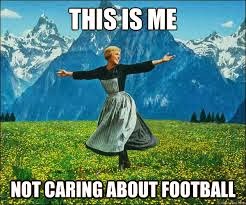 I'm not anti-football--I don't care about all sports equally. The only events I enjoy watching are the ones that my kids are in, like literally suited up and on the field.  My son played basketball for many years and I went to all his games, even learning (most of) the rules.  Now that he's strictly soccer, I don't have the patience to watch basketball, even if other kids I know are playing.  I don't really even like going to to my daughter's school track meets, but that's mostly because they're so darn long . She's usually in the first event and then the second to last, three hours later, as I sit in the cold and don't get dinner made or retain feeling in my toes.  I will occasionally attend professional baseball if there's beer and hot dogs involved, but definitely not football, not even with margaritas and nachos on the side.

So come Sunday I will be sitting alone, curled up with this stack of books. I will cheer on the main character as he defeats the forces of evil and boo the antagonist's attempt to slip through the defensive line. You all enjoy yourselves.

Posted by Kristin Alvick Graf at 8:50 PM No comments: