When I take my dogs for a walk I like to let them loose in the empty field of our neighborhood. There they sniff out the resident bunnies and transient mice, catching a whiff of a few wandering deer.  Our dogs are Labrador Retrievers, a breed known for its hunting skills.  My husband takes them hunting for pheasant, ducks and geese, so these two are trained to pick up scents, flush prey, and then, well, retrieve.  As I watch them do their bird dog-thing, I think about how happy this makes them.  This is literally what they were born to do.  They lift their noses to the wind, interpreting smells (and sometimes rolling in them) and then twitch their ears around to detect the sound of scurrying feet or flapping wings.  At that moment their lives are complete.

Wouldn't it be great, I think, if  humans could have the same experience?  If you knew instinctively, through hundreds years of evolution, what you were born to do?  And then were able to do it? 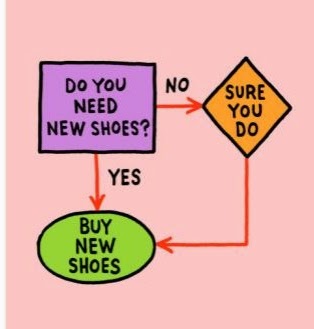 I am not a hunting dog (and I would hope that is obvious to all of you). If my ancestors were selectively mating to ensure a certain skill or trait that would lead to a perfect career, they didn't mention it in any will or Ouija board seance.  What was I born to do?

Hunting is definitely out--you have to get up way too early, it's usually dark and cold, and I don't care for wild game.  I like my food full of steroids and wrapped in cellophane, thank you very much, just as God intended.

I love words and books and thesauruses
(or is it thesauri?) .  Of course, I also love chocolate.  And shoes; I always feel one with the universe when I get a new pair of cute shoes.

I know I was meant to be a mother.  (Whether or not I was meant to be a good mother is still up for discussion.  My kids remain skeptical.)  But I always knew, without being able to give a concrete reason, that I wanted to have kids.  They'll wreck my body and spend all my hard earned money? Sign me up!

I was not bred to have any sort of athletic talent.  Or to even particularly enjoy watching any sort of sporting event, unless it involves one of my offspring (see previous entry). This is another reason my siblings are convinced I was adopted.

I seem to have a sixth sense for sarcasm.  It comes very naturally for me and required no special training. How this translates into a life's purpose I have yet to discover, but I remain hopeful. 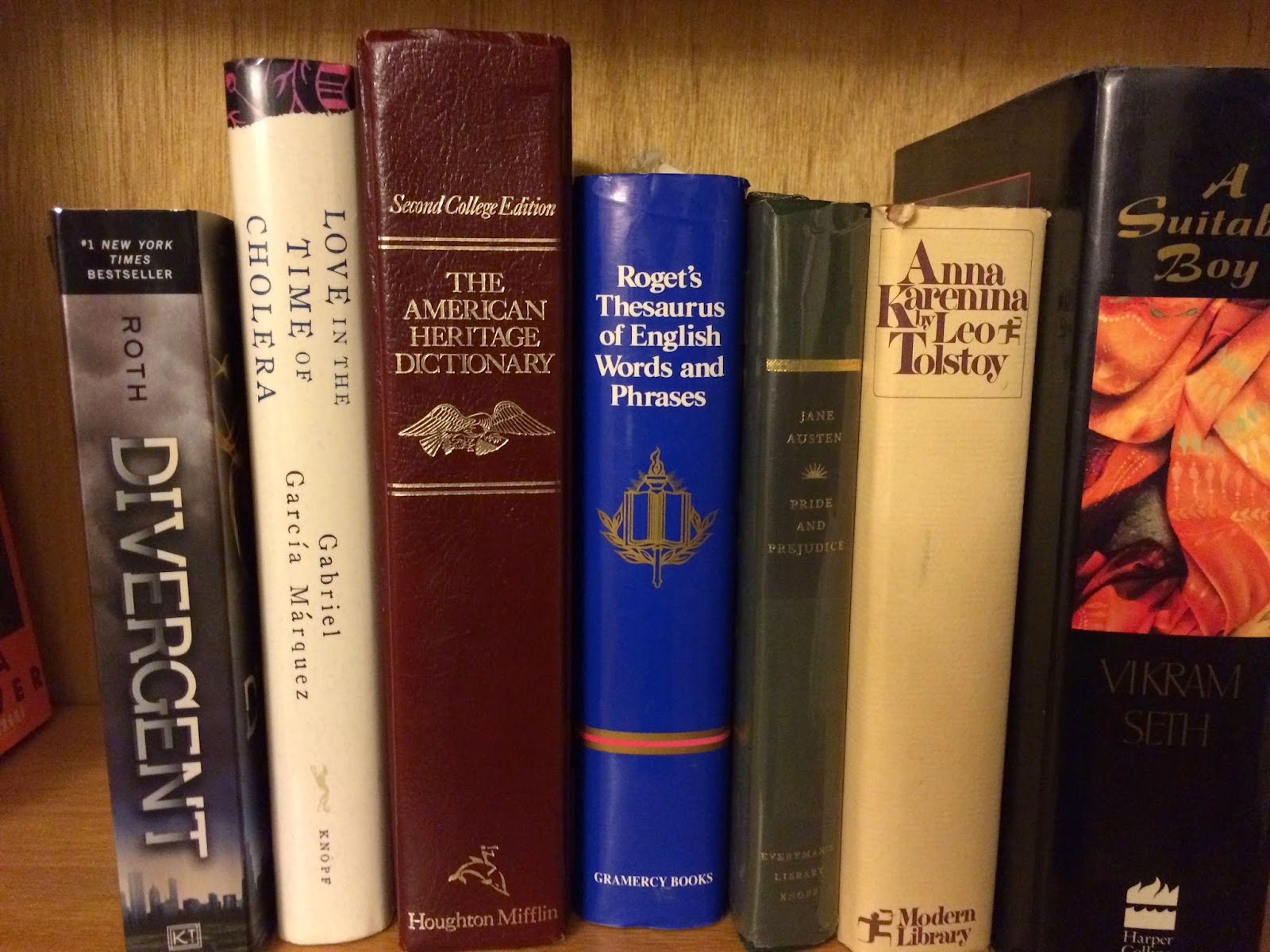 Some days I think I was born to write and read and to share the funny and wonderful things I come across in my life. Other days, not so much.  But I come from a family of artists and teachers, musicians and poets.  I have apparently been bred to be a thinker of thoughts who dabbles in words.

But I will not hunt.


Posted by Kristin Alvick Graf at 3:49 PM No comments:

My oldest graduates from high school in two days, people, TWO DAYS.  And you know what will happen once he has that diploma in his hand?  He will be impossible to live with, which  is why God created college.  Yeah, yeah, higher learning, improved job outlook, blah-blah-blah.  Four year universities were created so mothers would not kill their newly independent offspring.  And by "independent" I mean thinks he knows it all and can do whatever he wants, but still complains about the selection in the fridge and would like you to wash his favorite shirt. Today.

I am trying to keep it together.  As he likes to remind me, graduating from high school is not that hard, it's no big deal.  Except it is.

When I went to the parent orientation for high school the spring of his 8th grade year, I remember the principal telling us that the most important key to your child's high school success was showing up.  That's it?  All he has to do make it to class?  Wow, they're not setting their standards very high.  And honestly, there are days when that's all the effort my my son would put into it.  But show up he did and graduate he will.

So I'm trying not to make a big deal of the whole event.  There will be no lavish party (he's going to numerous of his friends parties and doesn't want to hang out with us anyway) and no new car with a bow on it in the driveway.

Talking to other senior parents about what their kids are doing next year reminds me of the conversations we all had as they were moving out of preschool up into grade school.  What school will they be going to, have you met the teacher, yes I've heard they have a good program there.  But this time they are all going off to do it on their own.  It feels like some crazy parallel universe where your baby is taller than you with more expensive shoes and a better laptop..

I should note that I missed my son's first couple days of kindergarten because of the arrival of his new baby sister.  He could do kindergarten with out me, surely he can make it to college too.

Epilogue:  I started writing this post last spring and never finished it.  I am happy to report that both my son and I are enjoying his college experience.  You'd think I'd miss him like crazy this first year, worrying if he's okay or eating enough.  But he's having the time of his life. (and just maybe he's learning a little something in those classes) and when I do see him I get to treat it like it's a special occasion.  And I don't have to worry about having just the teenage boy approved food in the fridge all the time.
Posted by Kristin Alvick Graf at 8:27 PM No comments:

I've seen a lot on social media lately criticizing people's grammar and, honestly, it's time to cut everyone a little slack. The Your/You're/There/Their/They're thing has been done to death. I understand when to use an apostrophe, when a quotation mark is called for, and who's on first. But typos happen, brain farts happen.  Bad grammar happens. 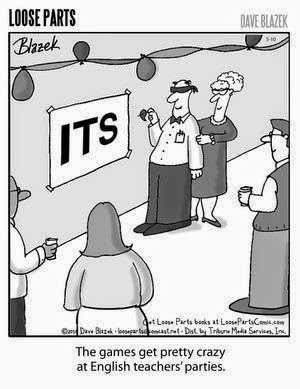 As an English major-turned-blogger, you'd think I would be all about the grammar.  But we didn't study dangling participles or dependent clauses in my college classes--I guess they thought we already knew all that.  I have a confession to make:  I couldn't diagram a sentence to save my life.  (Please don't tell the English Department at UW, because they might revoke my diploma.)  My 7th grade daughter recently asked for help with language homework that involved predicates and subordinating conjunctions. (Cue chirping crickets.) Not a clue...

I have probably broken three major grammar rules in this post alone--I couldn't tell you which, of course, since I am not a Grammar Nazi. This is not to say I don't think good grammar is important, but an occasional slip here and there does not doom one to Punctuation Purgatory.  I will not think you're stupid if you misuse parts of speech, but it's quite possible that I won't  understand you. "They're dog was over their with there cat" would leave me puzzling for days.  I know it's a personality flaw of mine--being so literal means I spend way too much time obsessing over such things.

Hello, my name is Kristin and I suffer from Obsessive Grammar Disorder.

I love words and how, when combined just right (and with a little pixie dust) they can create magic.  While growing up (the youngest in a family of five) I realized that I was never going to best my brothers at anything physical, so I decided to out-vocabulary them. (See, I'm pretty sure that was not the correct way to say that, but I'm going to call it "Poetic License" and move on.)  I started looking up words in the dictionary and dropping them casually into conversation.  I once told my brother that he was obtuse and he stared at me with such a mixture of such frustration and loathing that I felt a little giddy inside.

When used correctly, words can exert tremendous power; when used incorrectly, they create confusion.  And it drives me insane.

There was a construction site near our house last summer that posted a sign along the road that read "Truck's Crossing". Every time I drove by there I went a little crazy trying to figure WHAT THEY WERE SAYING. Was there just one truck that somehow owned that part of road?  Could I not cross there? Curse you, OGD! 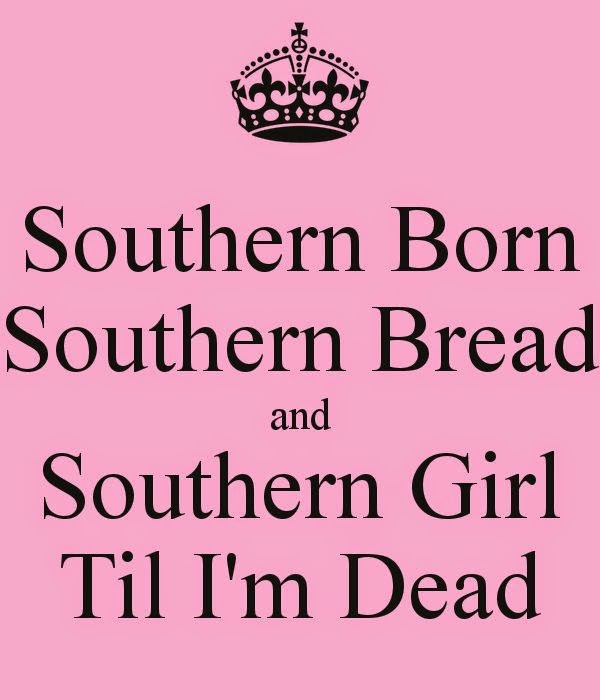 There are many examples of grammar gone bad on Pinterest.  I came across this beauty recently: "Southern Born/ Southern Bread/ and/ Southern Girl/ Til I'm Dead."  I got to the "bread" part and was prepared for a clever play on words, but instead was sadly disappointed with plain old bad grammar.  She, of course, meant "bred," but there I was trying to figure out what southern bread was (biscuits maybe?) and obsessing over what could made this into something funny. ("Southern Baked/Southern Bread/and/ Southern Girl/ 'Til I'm Fed," maybe?)

Web MD defines Obsessvie Compulsive Disorder as a "potentially disabling illness that traps people in endless cycles of repetitive thoughts and behaviors."  Much like its counterpart, Obsessive Grammar Disorder causes those afflicted to compulsively try to extract meaning from bad grammar. Treatment involves a dictionary, a thesaurus, and spell check.  Or you can go with the holistic approach:  read three books and call me in the morning.
Posted by Kristin Alvick Graf at 9:22 PM No comments: