Has the presidential primaries got you down? Tired of hearing all the empty promises of the candidates?  I found myself wishing we had an easier, more reliable method for choosing our next president, so I came up with some guidelines to help the process along.  Simply mark off the following qualities necessary in a presidential candidate and the path to the White House will be clear.

__Must have read "Jane Eyre".  This is non-negotiable. If you cannot appreciate the plot intricacies of the greatest novel of all time (he loves her for her mind!), you are dead to me.  And it clearly states in the constitution that dead people cannot be president.

__Must understand calculus.  I realize this puts me out of the running--I will bow out gracefully--but I think the leader of the free world should be smarter than me.  And if you can understand calculus, maybe that whole national debt thing will make sense to you.

__Must be able to identify all the Disney princesses.  Being able to connect to the common man--or in this case, the common 5-year-old--is essential in a leader.  This bank of knowledge will undoubtedly draw in that youth demographic.

__Must not be a douche bag. (Argh, I know.  Pretty much disqualifies a large portion of the candidates, but we're trying to narrow the field, remember.) Having a president that no one ever invites to all those state dinners would be a real downer.  ("Do we have to invite him along?"  "Well, he is President." "Ugh, okay.")

__Must be able to belt out, with feeling, Otis Redding's "The Dock of the Bay" whenever requested.  A president must exhibit passion and soul.  And if you can't sing Otis Redding, you ain't got soul.

__Must prefer dark chocolate to any dessert with fruit in it.  Fruit is a health food, not dessert. A president who doesn't understand this will never fully comprehend the USDA's food pyramid and will try to pass off ketchup as a vegetable.  (Uh, Hello--ketchup is made from tomatoes and tomatoes are a fruit.)

__Must have never publicly uttered the word "bimbo." (Unless referencing baked goods.)

__Must understand how the government works. I know this should go without saying--I mean, we all had to attend that high school civics class (and hey, who can forget "School House Rock"?). But given some of the candidates, I'm beginning to think they don't have to pass any sort of test.

__Must watch all episodes of "School House Rock". 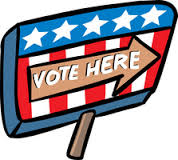 There, wasn't that easy?  Now any candidates that passed at least 8 out of the the 10 categories can now move on the the next round--something I like to call "Anyone But Him."


Posted by Kristin Alvick Graf at 9:19 PM No comments: