The Meaning of Thanksgiving

Tomorrow is Thanksgiving, the ignored middle child of holidays.  Before Halloween has even come and gone, many stores start displaying their Christmas merchandise without so much as a thought for Turkey Day.  As the supply of princess costumes and mini Snickers starts to dwindle, people start looking forward to what's considered the holiest of holidays (from both a religious and a retail perspective). It's possible if you look hard you might find a few Thanksgiving decorations, but how can other holidays compete with Santa Claus, birth of a Savior, and Hallmark Channel's "Countdown to Christmas" made-for-TV movies?

Can we all just stop for a moment before the Black Friday sales begin and remember what Thanksgiving is all about?

Pie.  Thanksgiving is about pie.

Go back with me for a minute to the very first Thanksgiving, celebrated by the Pilgrims and the Wampanoag Indians.  These natives had just saved the Pilgrims' heinies by not letting them all starve to death. (An act they may have regretted later.  "I told you not to feed them--now we'll never get rid of them!")  About half of the Pilgrims who set out on the Mayflower didn't live to see this first harvest festival, so those who did must have been very thankful, indeed.  Historians seem doubtful that any sort of dessert was served at this meal, but if there had been pie perhaps the relationship between the settlers and the Native Americans would have remained harmonious past the breaking of the wishbone.

My Grandma Mabel was never known for her cooking skills (a trait I seem to have inherited), but the one dish that all us grandkids loved was her Chocolate Chip Pie.

This heavenly concoction consists of Cool Whip (not real whip cream, mind you, but Cool Whip, the non-dairy, hydrogenated vegetable oil whipped topping), marshmallows, and chocolate chips in a graham cracker crust.  (Grandma Mabel, not surprisingly, later became diabetic.) While we were growing up I always thought this was my grandmother's secret recipe--I even have it on a note card in her old fashioned handwriting.  Imagine my surprise when I saw the same recipe on the back of a graham cracker box.

Grandma Mabel was a first generation Norwegian American who lived through two world wars and the depression.  To me, that pie is a symbol of all that is great about our nation:  not only was Grandma's family able to thrive in this country, not only were they able to feed themselves, but they had dessert as well.  A dessert that required Cool Whip. From the store.  You know you've made it as an American when you serve processed food products for dessert. You couldn't do that back in the old country, now could you?

Pie could also be seen as a metaphor for what our country has become today:  a collection of several different ingredients (people from different walks of life) coming together for the greater good (pie). Sometimes involving hydrogenated vegetable oil.

So as you sit down to your meal on Thursday, there is no need to count your blessings or plan your Black Friday shopping strategy. (And for the love of God, do not finish your turkey and mashed potatoes and head straight to the mall!)  Instead, stay home with your family and your dessert--and just be thankful for pie.

Disclaimer:  While all types of pie deserve our recognition for its role in shaping our great country, Grandma Mabel's offering remains my favorite.  I share her recipe here with you. 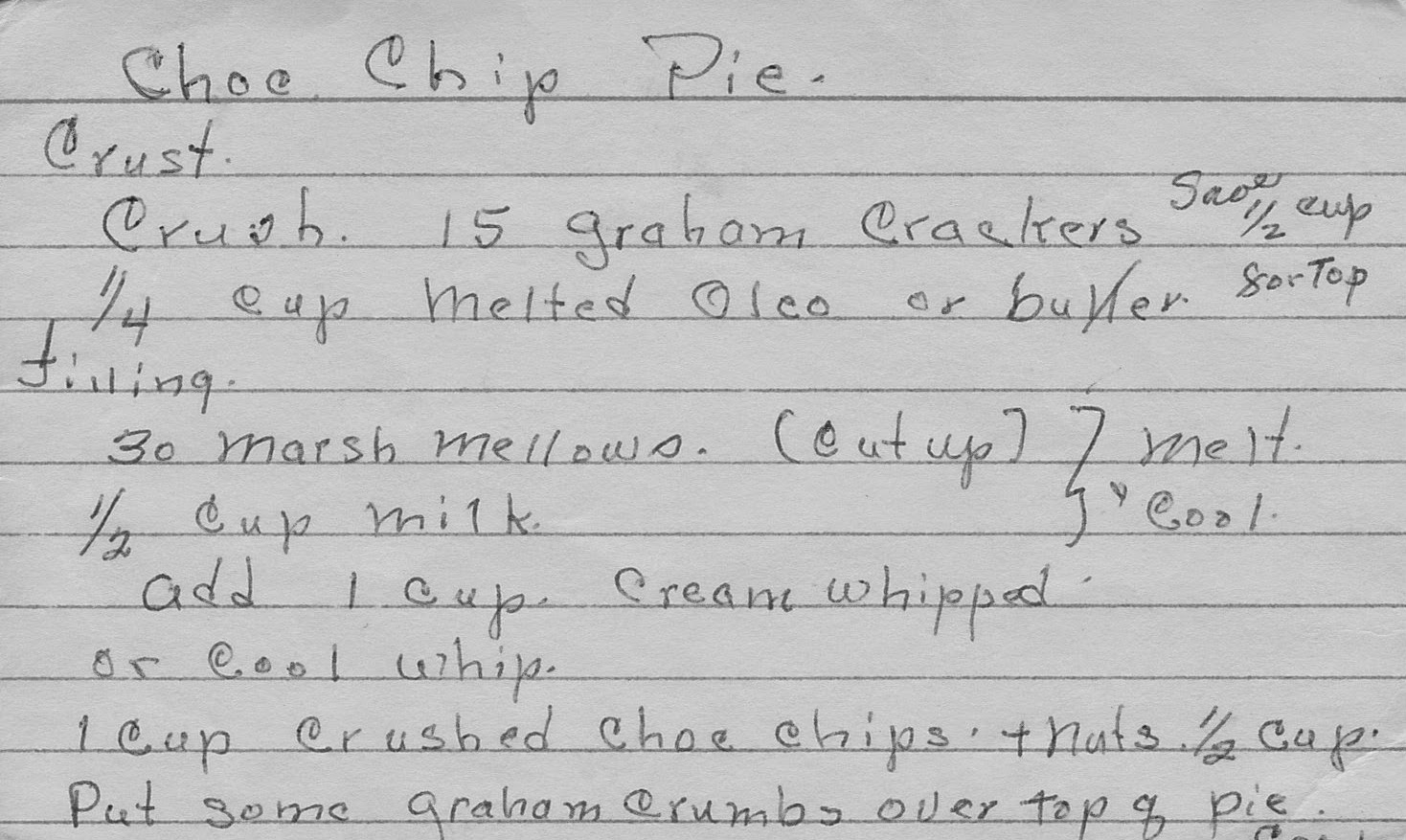 Posted by Kristin Alvick Graf at 4:01 PM No comments: