The Circle of Life

There's a post I've seen on Pinterest that says "The real problem with reality is the lack of background music."  Wouldn't it be great if life were more like the Disney movies, where all the hard lessons were accompanied by a catchy tune and everything is resolved in the end?

Some of you know that my father has been suffering from Parkinson's Disease for several years now.  He's been slipping away from us bit by bit--his memory, his balance, his sense of humor. Oddly, his voice is just the same as I remember from childhood.  Last time I visited him I saw before me a frail old man who didn't really seem to know who I was. When he spoke, however, out came the voice of my Dad, the same one who used to give me piggy back rides and laugh at my jokes.

Dad is getting worse.  His body is starting to give up on him and his doctor feels like his time has run out.  This weekend I will be heading back to my hometown to say goodbye.

I couldn't help but think that death in real life is not quite like it is in the Disney movies.  Never once do they mention Parkinson's; no songs were created about nursing homes or adult diapers.  In "The Lion King" Mufasa dies in a dramatic scene while trying to save his son, Simba. The background music magnifies the feelings of danger, loss and guilt.  Songs are sung and lessons learned and the circle of life moves us all.

I decided my father needs a soundtrack.  Some musical score that I can hum along to while I say goodbye.  A simple tune that reminds me of the man he once was, not the frail body that is slowly giving up.  Not being musical myself, I needed to find a song or lyric already out there that somehow captures the person my father once was.

Then it hit me:  Johnny Cash.

One of my earliest memories is my parents playing an LP of Johnny Cash and my father singing along in his deep voice.  I used to think he'd actually recorded those songs with the man on the album.  "I Walk the Line," "Ring of Fire" and "Folsom Prison Blues"-- I can hear him now.  My father's life was not as bleak as those songs, but I didn't understand the lyrics back then, I just knew his voice.  That was my my dad I was hearing, not some man named Johnny Cash.

So I leave you with a clip of "Ring of Fire."  Whenever you hear a Johnny Cash song, please think of my dad, Bud Alvick, and know that while his circle may be near it's completion, we are still singing his song.  (And thank you to the incomparable Johnny Cash, for accompanying my dad in his soundtrack.)


Posted by Kristin Alvick Graf at 9:09 PM No comments: 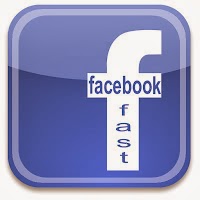 Those of you who know me might be familiar with my slight Facebook addiction.  My brother complains about how much I post on my timeline; I say he needs to contribute more.  Whatever.  For the past several years, however,  I have proven that I can stop anytime I want by giving up Facebook for Lent.  Lent, for those of you not schooled by Catholic nuns, is the time period before Easter in which one prepares for the holiest of the holy miracles of the Bible, the resurrection of Christ, by giving up chocolate.  The idea, as explained to me by Sister Judith (my second grade teacher who forced kids into submission with a Vulcan death grip), is that you give up something you really like to remind yourself of all that Jesus gave up for mankind.

This year I have decided that I will not give up Facebook for Lent for the following reasons:

2. Instead of a Lenten fast, I have decided to put forth more effort to take care of myself--my body is my temple and all that--and am committed to getting at least 30 minutes of exercise a day as well eating my 5-a-day servings of fruits and vegetables.  Forty days and forty nights.  (Just accidentally typed "farty" instead of "forty"--extra fiber will do that to you.) It's nice that Lent coincides with our annual anniversary trip to Las Vegas so I will have a little less muffin top in my swimsuit poolside.

3. Last year during my Facebook fast I, in boredom, turned to Pinterest.  There, while perusing my daughter's pins, I discovered that one of her "bucket list" items was to meet and have a book signed by her favorite author. (Can I point out that she was 13 at the time and in perfect health--I'm not sure she understands the significance of a bucket list.)  Her favorite author of the moment, Cassandra Clare, was just releasing a new book and. I learned upon further investigation, was appearing at a local bookstore.  I scored big time Mommy Points all because I was off of Facebook.  Lesson learned, time to move on to a new challenge.

4. As I mentioned, my husband and I are planning our anniversary trip to Las Vegas for the end of April,. Facebook has game called myVegas Slots where you can earn reward points for comps in Vegas, anything from free buffet passes to show tickets.  I am this close to having enough points for two tickets to Beatle's Love (a Cirque du Soleil show) and Easter falls three days before we leave.  I feel the Heavenly Father wants me to see Beatle's Love.  I think he may have spoken to me in a dream.  I can't quit now.

So come Easter expect to see a slimmer and healthier me, getting ready to jet off to Las Vegas with two Beatles' Love tickets in my hand.  I'm sure Sister Judith would approve.

(It occurs to me now that not giving up my Facebook addiction because of my gambling addiction might be a cause for concern. But then I think "Less muffin top and Las Vegas show tickets" and I think the 12 Steps can wait till after I get back from our trip.)
Posted by Kristin Alvick Graf at 6:27 AM No comments: