I Do Not Want a Wall At All 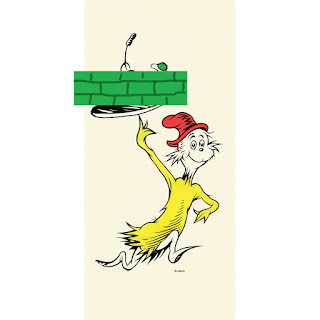 You say we need to build a wall,
without it our country will surely fall,
but I do not want a wall at all.

I do not want a wall at all.

You tried to pass it off to Mexico--
they told you no and where to go.
I do not think it will even work
and it makes you look like a real big jerk.

I do not want a wall at all.

You say to trust you, we will see,
but it's a bad idea even if it's free.
You may think it's all your call,
but I'm not paying for your stupid wall.


Posted by Kristin Alvick Graf at 3:19 PM No comments: 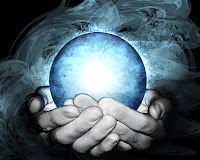 Here we are, three weeks into 2017, first day of a new presidency, half-way through the first season of NBC's new show "This Is Us."  You might find yourself asking, "Kristin, what does it all mean? What can expect of 2017?"

Luckily, Kristin-damus, world-renowned psychic to the stars, has compiled a brief, but important list of what's to come this crazy new year.

In 2017 my middle child will graduate from high school and go off to college...and her mother will be a mess...my baby!  There will be tears, sleepless nights wondering of she's okay, anxious waiting for a call or text.  And then...slowly... we will all get used to this new situation.  She will gain more independence, I will learn to let go.  I will start storing stuff in her bedroom, maybe consider a new office space...But 2017 will be a year of growth.

At some point in 2017 some sports team will win big in some bigly sports-themed tournament-thingy that everyone will be really excited about...everyone but me.  The water cooler talk and Facebook feeds will revolve around that which is completely foreign to me.  (But then I will get to go to Costco on a Sunday afternoon and not have to fight the crowds and I'll be like "Yay sports!")

This year (if I have read the stars and plotted my charts correctly), will see Kellyanne Conway finally have a mental breakdown as she once again tries to put a positive spin on some crazy thing her boss has tweeted/done/claimed to have done or not done despite video footage that claims otherwise.  During a  live television broadcast, Ms. Conway's eyes will start spinning around in her head, she'll tear off her mic and storm off the stage muttering expletives as she plans her getaway to Tahiti.  And she will shave her head, à la Brittney Spears' 2007 tour.  (Okay, I just threw that last bit in there--but I think it would be a fitting way to break from the craziness of this political cycle.)

The character of Toby on "This Is Us" will come back from his major heart attack (where the show left us on a cliff hanger when they took off for the mid season break).  BECAUSE NOTHING BAD HAPPENS ON CHRISTMAS EVE!

In 2017 famous people will die.  But WHO you ask?  Well, an older celebrity, one who's been struggling with addiction, and probably one who's been fighting some up-until-now undisclosed disease.  And a bunch of other not famous people will die, people you might know and love.  Because that's how life works, it ends whether you're ready for it to or not.  But babies will be born, to the famous and not so famous alike.  People will beat the odds against cancer, addiction, and the Lottery.

2017 will be the year that I don't get into swimsuit shape (as opposed to all those other years).  But this year it won't be because I forgot/was too lazy/discovered the hidden stash of Halloween candy.  No, 2017 will be the year of "If you don't want to see my tummy stop looking" shape.  I will wear that two piece if I want to, so nibble on your kale and drink your cleansing smoothie while I sip a cold frosty drink poolside.


2017 will be a year of great change.  A whole generation of young Americans have become swept into the political process and will not sit quietly now.  Women have decided that their voices need to be heard.  Artists and musician and actors, butchers and bakers and candle stick makers have woken up to an America they don't recognize, one filled with divisiveness and anger and ugly rhetoric.  Now all of us who thought things were looking okay--paying our bills, raising out children--are going to have to step up and get involved.  Sure it would be nice if our government were looking out for our best interests, but it seems it's time we start speaking up for ourselves.

Welcome to a new year and a new America.  Put on your seat belts--it's going to be a bumpy ride.

Posted by Kristin Alvick Graf at 11:56 AM No comments: